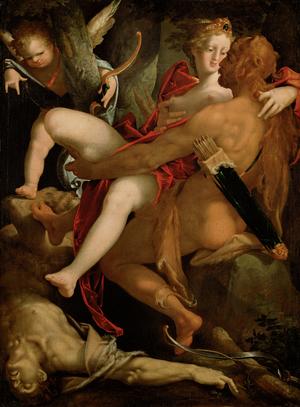 The Death of Hercules: Interview with Myself

Why is the book titled “The Death of Hercules?”

World War I destroyed four empires around the world, which at the time most people could not imagine happening.  Most people don’t know and can’t imagine that Hercules was killed.  The surprising enormity of that murder seems an apt metaphor for the story’s era.
I first learned the details of the myth of Hercules’ death in a lecture by the art historian nun, the late Sister Wendy. The gift from Deianira to Hercules unintentionally became his death sentence, and resolved the love triangle with the Centaur Nessus.  The theme of unintended consequences is central to the action in the novel.

It’s a book that mixes documentary-level factual details with a fictional story.  It’s like a historical fiction but with greater attention to the historical context and social forces of the time.  Most of all, the story is a thriller.

How long did it take to write?

More than 20 years and 17 partial versions and drafts.  I have heard these stories all my life, and I only slowly built up the discipline and confidence to write them into a book.  The isolation of Covid-19 lock-down was a major assist in focusing on the story.

What was the inspiration?

The core story is from my grandfather’s generation, often repeated at the dinner table or funeral of a family member.  Each unit of the extended family heard it slightly differently and passed on its own special version, with varying emphasis.  The story was told to emphasize a different human quality or frailty – sometimes to highlight the unexpected rewards of learning and training, other times to point out betrayal by religious figures, social insanity, or the hypocrisy of a political revolution.

Which characters are real and which are fictional?

The characters of Max and his brothers are based on our family stories but their names have been changed.  Zalmund and Deena and the events at the Kozuty estate are suggested by some of the family stories but are largely fictional.  The eccentric characters of the revolution are real people, from Kikulsy to Schwarzbard to Kotovsky and Marusya.  The events of the Russian Revolution, the ensuing Civil War, and the pogroms, are all based on well-documented historical events.  The German Ambassador to Russia really was assassinated, and Vladimir Lenin really was carjacked in Moscow!

Why is the Genesis 34 story of Dinah included in the Epilogue?

While crafting the plot I was re-introduced to the biblical story of Dinah and her brothers.  I didn’t (and still don’t) quite understand the moral message in this Genesis chapter.  But the story captures the moral ambiguity in a central event in the plot.  Zalmund faces the question of whether he can correct a great wrong with another great wrong.  He answers that sometimes events are not choices but a river that always flows to the sea.

Where did they go?

The map of Europe was quite different before World War I, and the action in the book takes place in its aftermath.  To help keep track of the key places, here is a map of the travels that led Max to meet Zalmund and Deena in Lille.
Map adapted from ShareAlike 3.0 Unported (CC BY-SA 3.0)