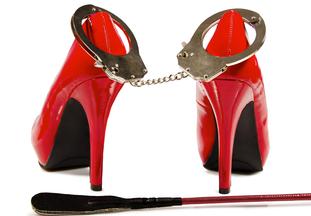 Women have an interest in their own shoes that greatly exceeds the interest of men.  The US market for women’s dress shoes is twice the market for men’s [1].   Imelda Marcos, the wife of Philippines dictator Fernando Marcos, was evicted from the Presidential palace in 1986, leaving behind one thousand sixty pairs of shoes.

The fascination with women’s feet begins with their implication for beauty. Some of the desirability of high heels is to accentuate the graceful lines that end in points at the toes. (A similar case may be made for toenail and fingernail polish).  High-heeled shoes also tighten the buttocks to further accentuate an estrogen-driven feature of attractiveness.

As women age and bear children the size of their feet relative to their height increases [2]. A proportionately small foot is therefore a signal of youth and untapped reproductive potential. Not surprisingly, both men and women prefer small feet in women.  In a series of studies, images of both men and women were altered to increase or decrease the size of the foot relative to height.  Observers of the images, both men and women, preferred the natural proportion of foot to height in men over exaggerated smaller or larger feet.  But they predominately judged the disproportionately smaller foot of women as more attractive than the natural proportion [3].

But there may be more.

The nerve sensations originating in body parts travel to the brain and terminate in an orderly form in the somatosensory cortex of the brain called the “Penfield map”.  The location of feet on the brain map lies right next to the location for genitals.

The neuroscientist V.S. Ramachandran is an expert on phantom limbs, the peculiar sensation of amputees that their missing limb is still there and may in fact be causing pain.  His insight is that when a portion of the brain assigned to the missing limb no longer receives inputs, it is put to use by nearby parts of the brain, in a process called plasticity [4]. For a time the region of the brain mapped “limb” receives signals from adjacent neurons, leading the amputee to truly feel that his missing limb is still there.

In one special case, a man who had a foot amputated experienced orgasm in his phantom limb!  Ramachandran explains that since in the brain the foot is mapped next to the genitals, sexual sensations to the genital brain region bleed over to the unstimulated foot region, resulting in a foot orgasm.

This phenomenon of leakage between regions of the Penfield body map in the brain, called synesthesia, also occurs in normal people.  For some people numbers can have a color or smell.

The Nude brand of women’s shoes collaborated with Dutch fashion designer Iris van Herpen to create a line called Synesthesia.  Although they do not discuss the neurological connection between shoes and sex for women, perhaps the collaborators intuitively sensed this.  The Brooklyn Museum exhibit features other shoes made by 3D printing coming from their work together.

For some women, high-heeled shoes may serve both to accentuate their attractiveness and to stimulate their own feelings of eroticism.

The exhibition at the Brooklyn Museum ran from November 2014 through March 1, 2015.